Saturday, August 25, was one of those birthday party giddiness days for about 60 children (two separate parties) at the Lynn Meadows Discovery Center, Mississippi’s only children’s museum, in Gulfport. I had been invited to read my book and talk about all things bumblebee to a range of children from toddlers to upper elementary age. Oh, boy!

My morning began with a cup of tea, honey, lemon, and lots of encouragement from Jim as I headed toward the herb garden with my specimen jar. First, I had split a ripe, very juicy peach and wedged it into the bottom of the jar. Next, I clipped some of the bees’ favored herb blossoms, inserted them into floral tubes of water, and arranged them attractively (I thought) for a bee. Finally, I approached a likely candidate so busy sticking his head into basil blooms that he never saw me coming. He quickly found himself in a new place between my perforated lid and homemade jar garden. Frantic buzzing is not a strong enough term to describe his efforts. I felt that he would soon find the peach treat and settle into exclusive peach probing. Instead, he (yes, it was a male bee because like all males, he had no pollen pockets) continued to fly continuously within his glass world. He had great stores of energy, because he was aloft for a couple of hours until we arrived at the museum. As if on cue, he descended to the bottom of the jar in a state of torpor, until he could recover strength. Fearing that the children would think I had killed one of the very insects I was asking them to conserve, I placed the jar inside my large supply bag and hoped for the best.

Jim and I arrived toting cameras and armfuls, including the iPad loaded with my nonfiction interactive ebook, LEMON TREES AND BUMBLEBEES, The Magic of Pollination. To sweeten the presentation beyond the waiting birthday cakes, we took bee and seed specimens, large color illustrations, crossword puzzle page handouts, and coloring page handouts of some of the first black and white illustrations for the book. We also showed parents how to construct a place for a bee colony that might prove irresistible to a queen bee next spring. They liked the idea of burying a clay pot with a drainage hole almost completely underground, inverted over some dry brush, and protected from rain with a tile or saucer balanced on rocks so the queen could enter (a photo is below the post). As I settled myself on a bench in front of the colorful murals, I heard the encouraging buzzing of my guest-in-a-jar. He awakened just in time to delight dozens of children, as I had hoped.

During the next hour or so, a number of children heard the story, asked about bees, shared their love of honey and lemonade, and gave us a day as special as the one we tried to give them. They moved in, out, and about; several enjoyed hearing the story from the vantage point of rocking horses or while sitting in a gingerbread cottage shared with stuffed animals.

When we were home again, I took our bee jar out to the same patch of basil, uncapped the lid, and watched the little guy slurp a bit more peach juice before he buzzed off above the rooftop.

I’ll give you a feel for the day in some photos we had to be quick to get. Photos including some children have been purposely cropped to conceal their identity for safety. With all the action, there wasn’t time to get parental permission to show their faces, but we have the smiling photos to enjoy in our album. You will get a good idea of the fun. 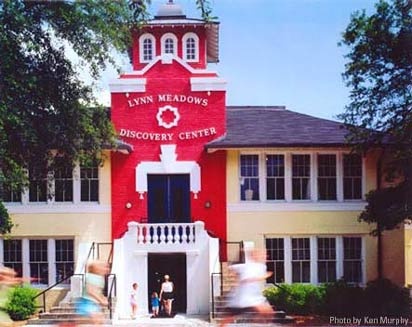 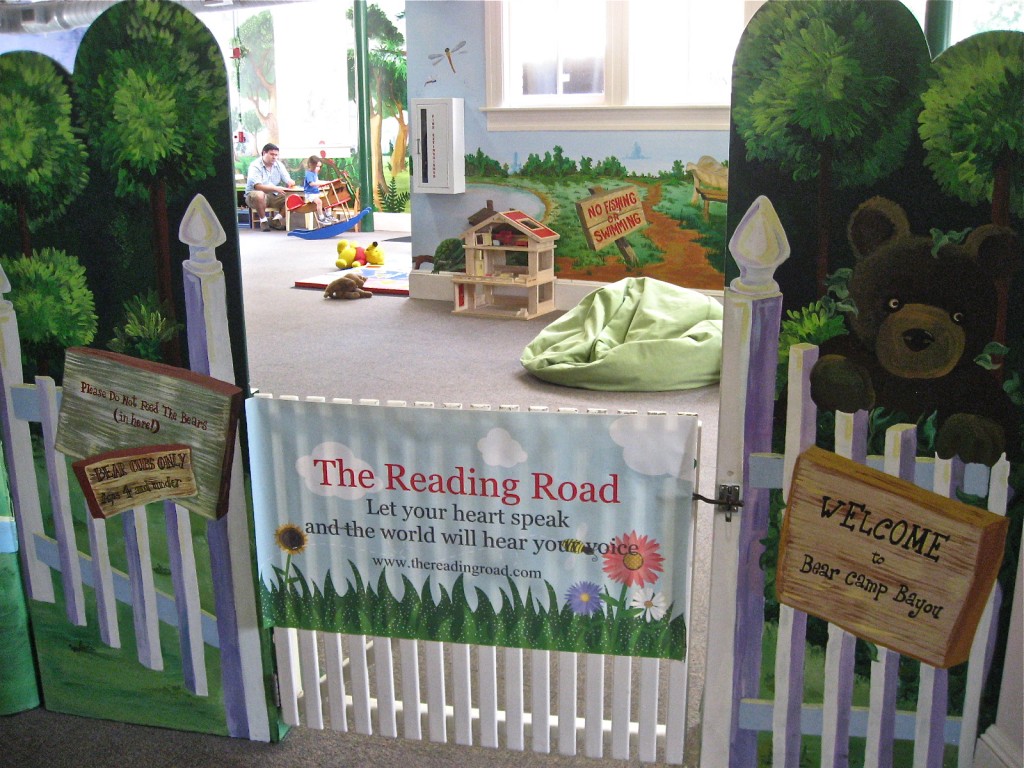 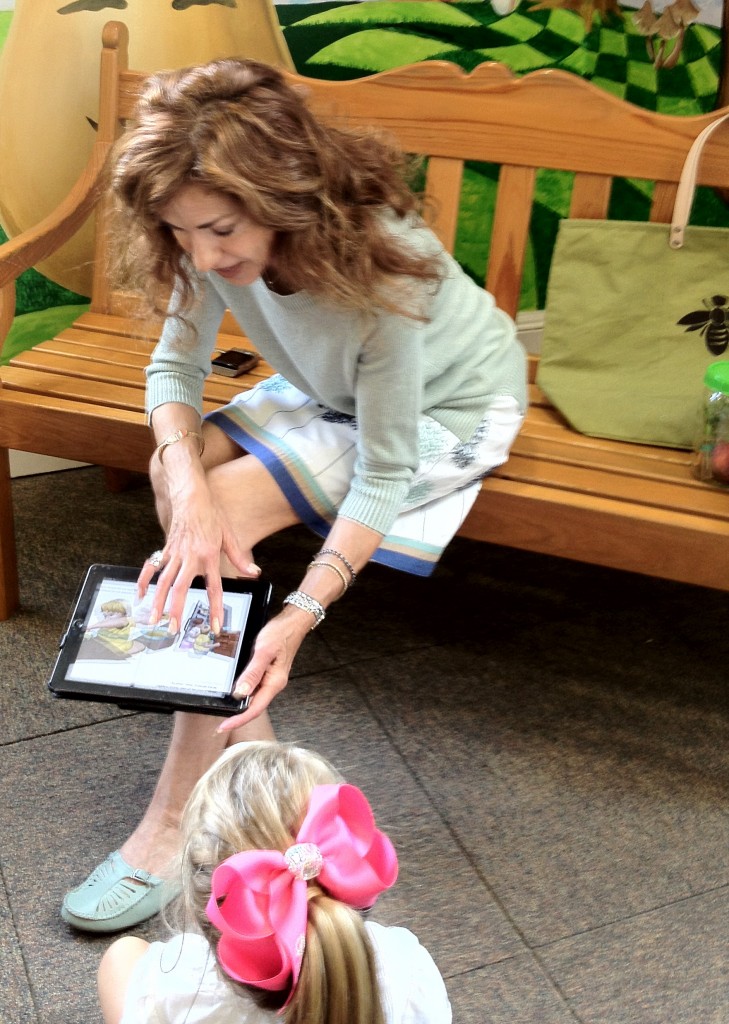 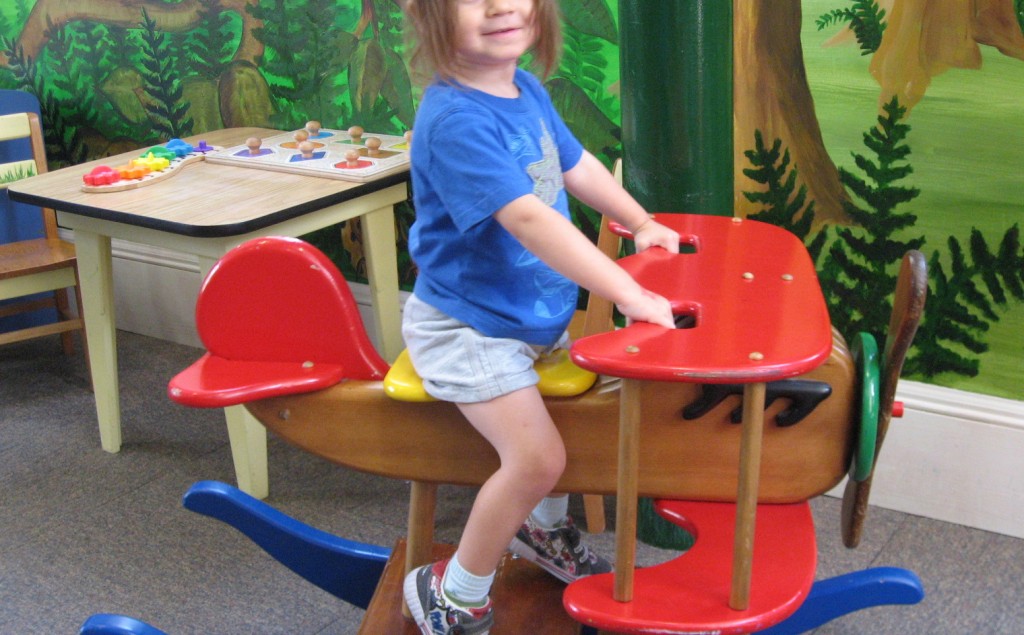 Listening from a rocking horse 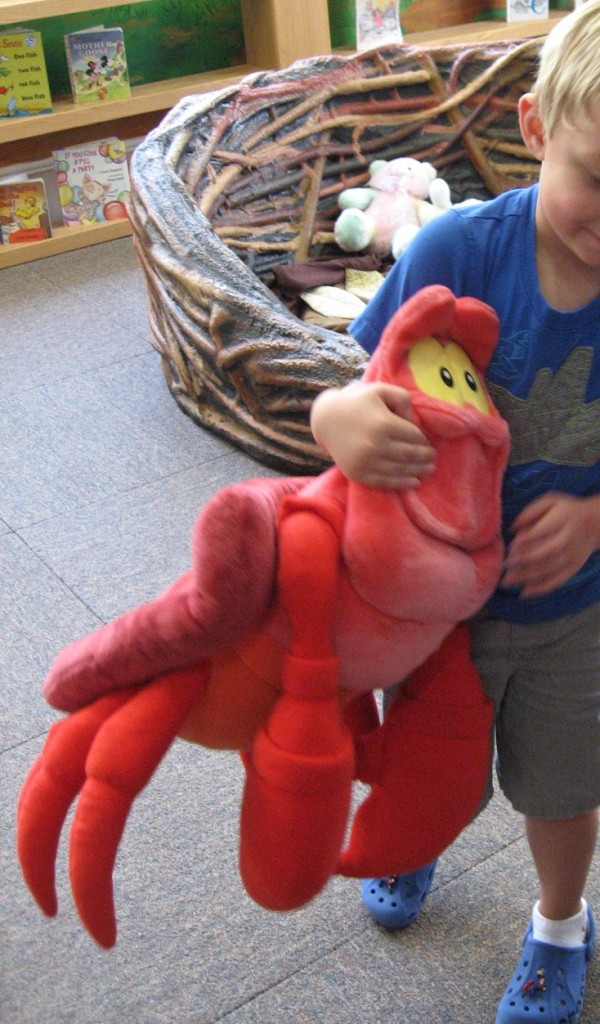 Listening with a buddy 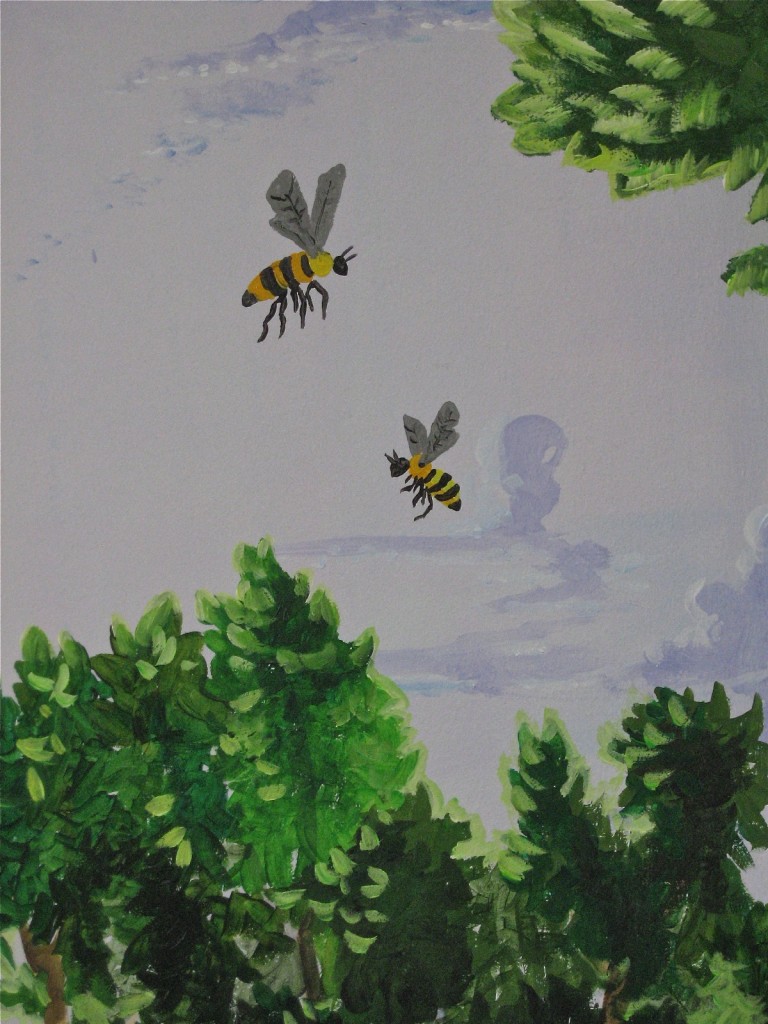 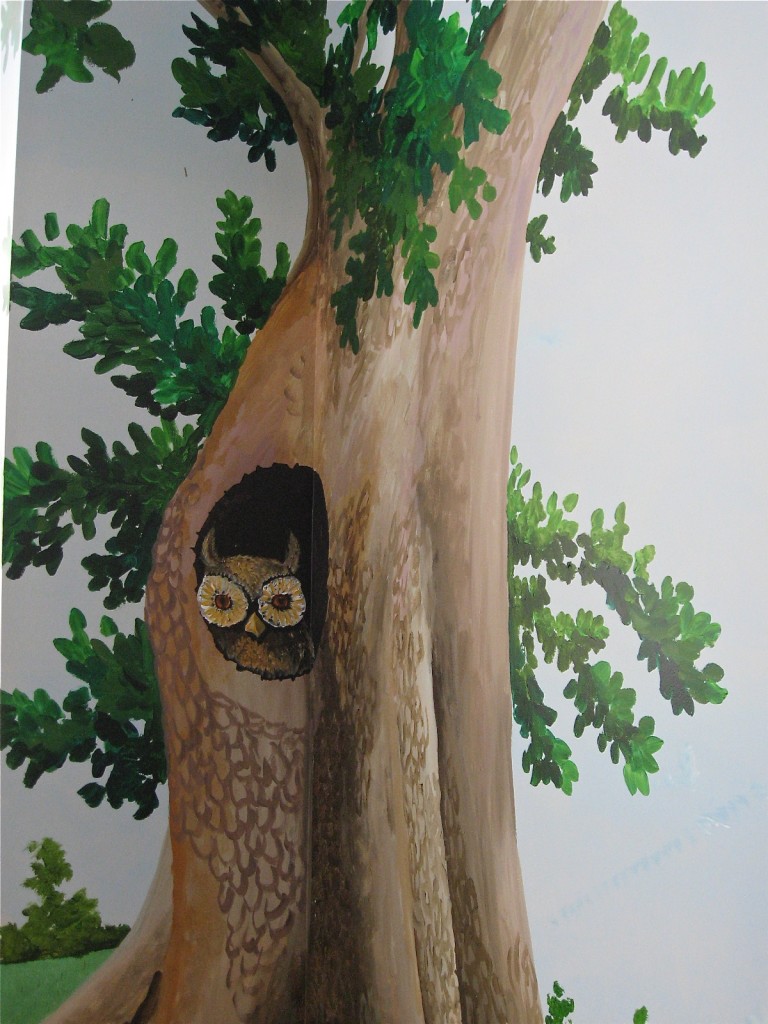 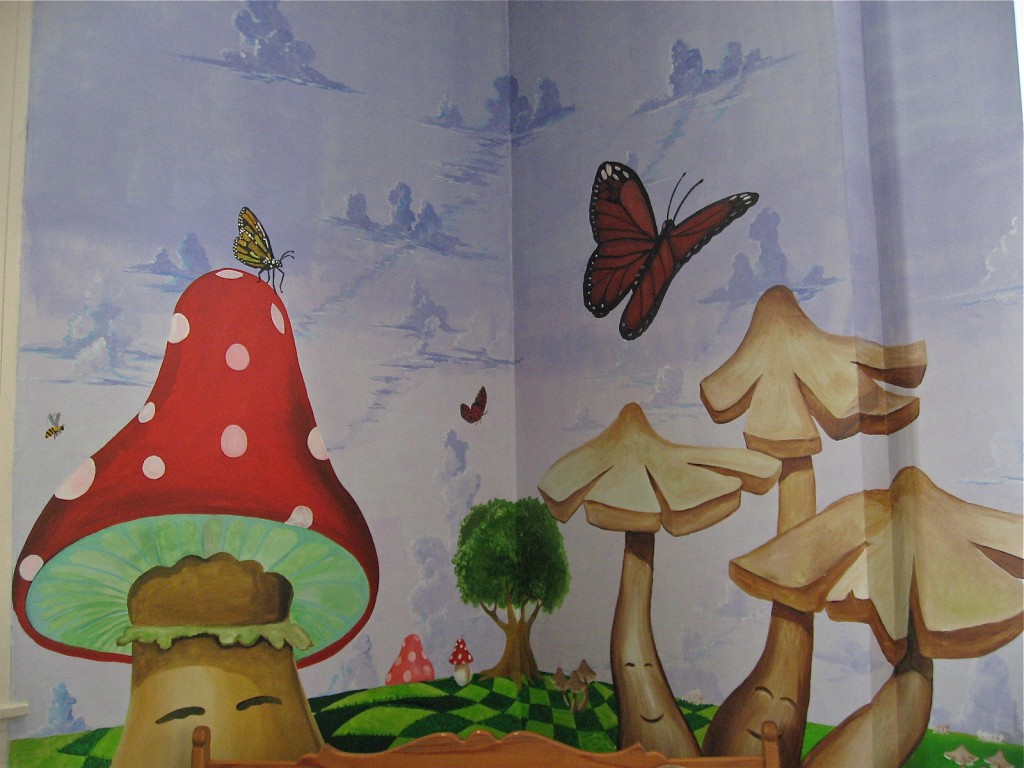 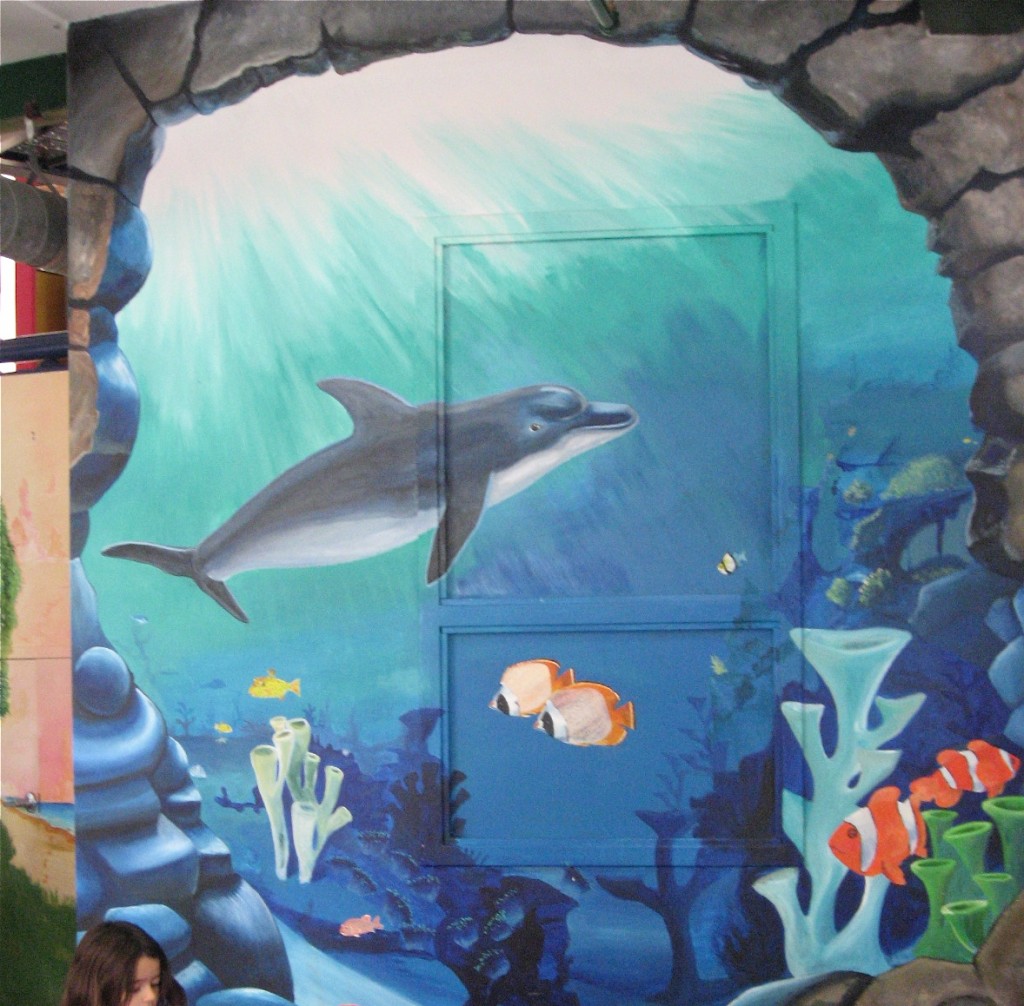 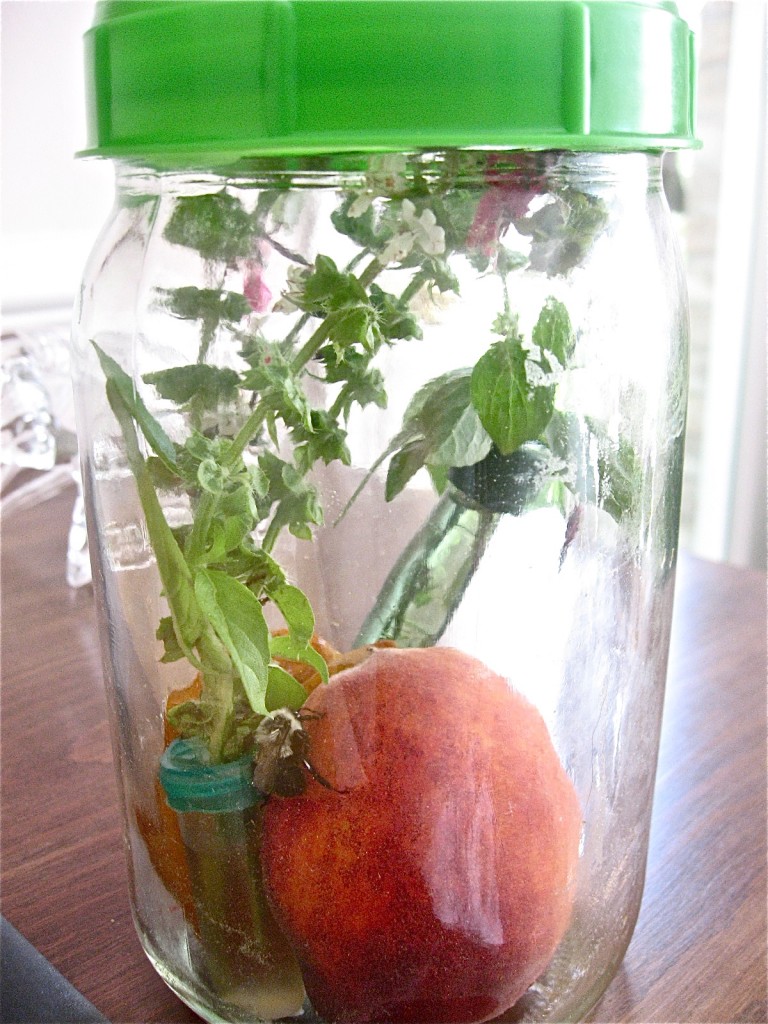 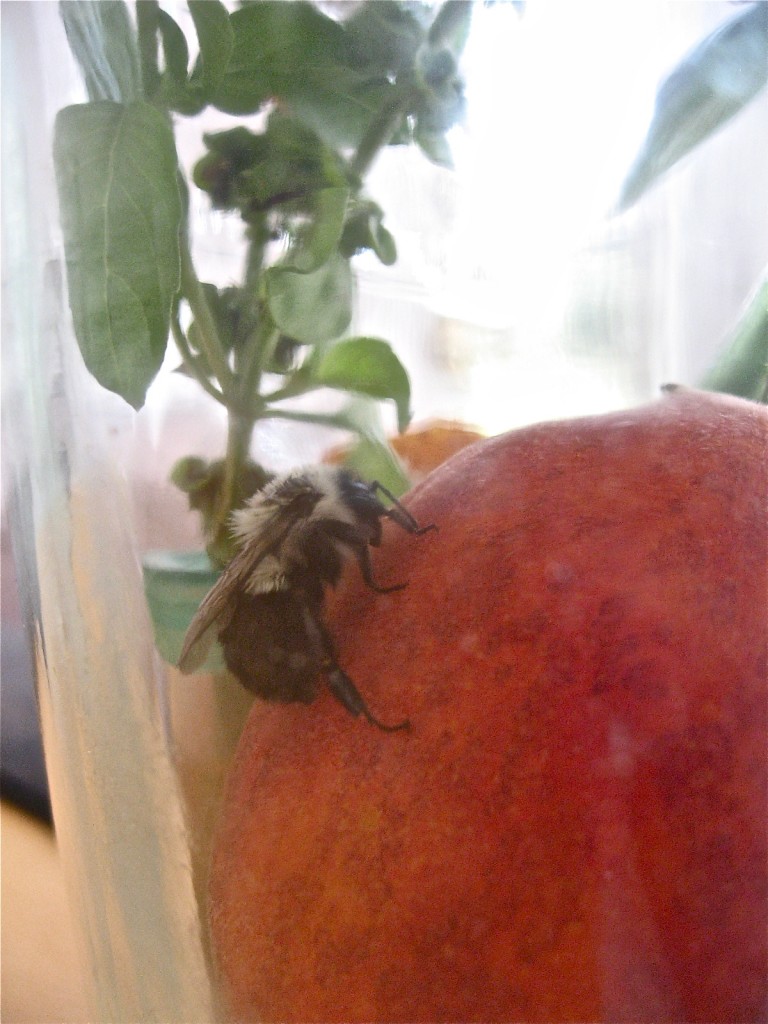 A Peach of His Own 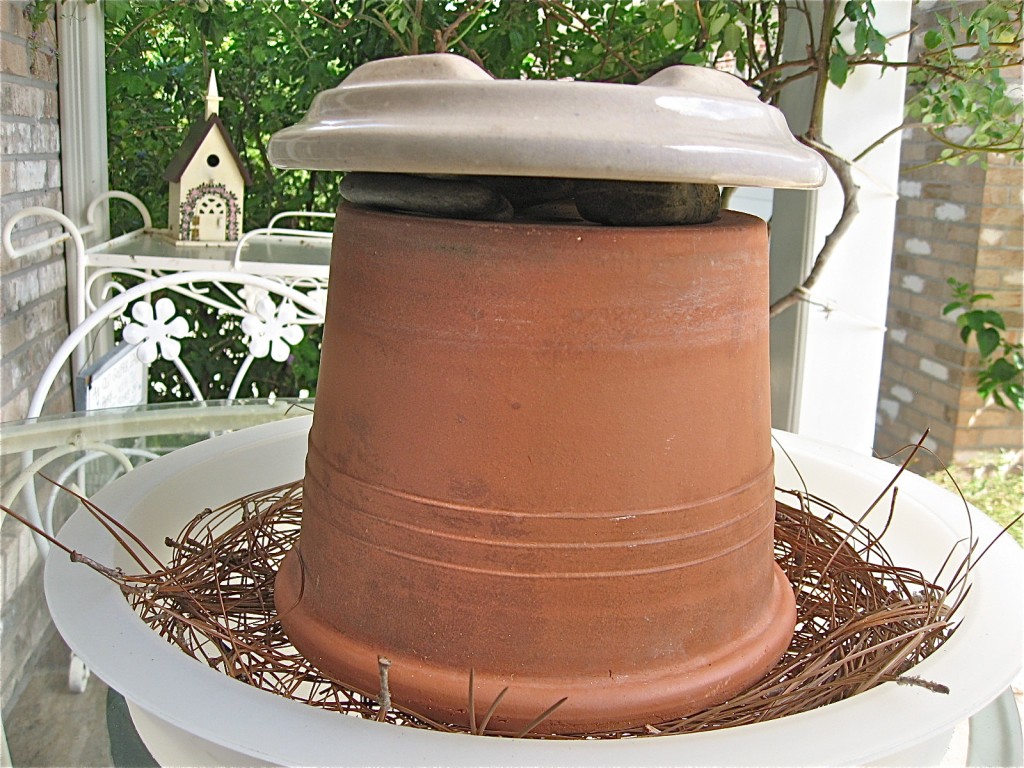 How to Construct a Manmade Bumblebee Colony 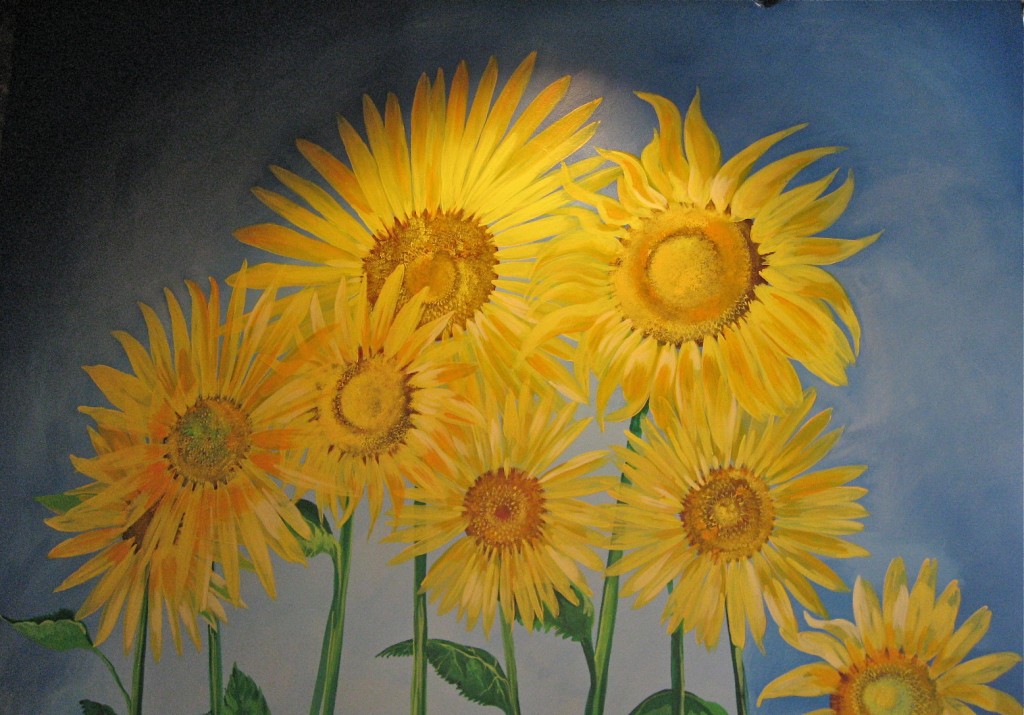 Perfect Ending for a Happy Day